This is crossposted with my newsletter.

Hey all! At the end of this month (Feb 28-Mar 1st), I’m going to be in Chicago at C2E2. I’m in artist alley with my pal Molly Muldoon. We are table S-5 which is right smack in the middle.

In the meantime, I’m still working on Murky Water the next book for The City Between. I’m about 2/3rds the way through. I was hoping to be done by now but I got swamped with a loose ends on the business side of things, doing some editing for Iron Circus Comics, and was sick for a week. So I’m gonna keep working on it for the next few weeks and finish it before cons start up. Also, Spike, Amanda, and I did a lot of recording to try and build a buffer for Dirty Old Ladies.

Speaking of me editing for Iron Circus Comics, the main thing I’ve been working on is a book by Abby Howard titled The Crossroads at Midnight. It’s a collection of short horror stories and REALLY FUCKING good.  It’s getting kickstarted in about a month, so keep an eye out for it.

My reading this month has mostly been more of Silver Spoon and Love is War. I haven’t read much new stuff because of being busy.

My patreon dollars this month are still going to the new office chair.  This should be enough to get it. Just in time for me to spend a long time sitting in it while drawing.

And to wrap up here are things folks might have missed this:

Thank you all for your support this month. Take care.

This is crossposted from my newsletter

Hi all! I hope you all had a good new year’s eve.

My plan for the new year is to keep working on You are the Chosen One’s concept art. But writing wise I’m switching to focusing The City Between‘s next story. It’s called Murky Water and is another story about Maria and Connor. I’m about half way done so, it looks like I can finish the first draft this month.

With the end of the year, my buddy Kevin and I tweaked my website a little. Mostly small changes. Like now if you click the art tag on the blog you can see the art in the posts, not just the title of the post. My instagram is now linked on the social media buttons instead of tumblr. I also moved everything from sorcery101.net over to kelmcdonald.com. It’s something I’ve been meaning to do since Sorcery 101 wrapped up, but I held off because the company I was using for ads approves domain names and I would have to reapply after the move.

This month I read a whole bunch of Vineland Saga. It’s historical fiction following a boy from Iceland named Thorfinn. He is a member of a band of vikings during the raise of King Canute. It talks a lot about the cycles of violence continues and is glorified. It was super engrossing and I went through the first 5 volumes in one day.

I also rewatched Bojack Horseman on Netflix. Bojack Horseman is probably my favorite current show and and since it’s wrapping up I wanted to watch it for the millionth time. It’s a mix of funny and depressing that really hits me. Frequently, when a show is about depression and abuse, if it’s constantly serious I find it dull and unrealistic or just exhausting. So I like it when humor is mixed, especially the puny visual gags of Bojack helps ease the tension. I also like the way the show has Bojack be a shitty person. While it is sympathetic to the terrible up bring he had, at the same time it doesn’t excuse his behavior. One of my favorite scenes is when Bojack is told it’s not enough to say sorry and feel bad after he does something shitty thing. He has to stop doing shitty things. I could probably write pages and pages about Bojack Horseman the show. If I do it, I’ll save it for when the show wraps up. Until then I’ll just leave you with this quote which I kept in mind while trying to get in better shape.

Anyway, my patreon this month is having money go to getting a new office chair. I’ve had the same office chair for about 10 years. It’s still comfortable, but it’s padding is coming out of the seat cushion. Lately I’ve been putting my feet on a stool under my desk to keep my feet up while working. So I found one I like that has a built in foot rest.

As for stuff on my website that folks might have missed. There isn’t a lot because December/Christmas time makes me depressed. So I’ll just post them all next month.

This is crossposted with my newsletter.

Hey all, right now everything in my store is 15% off with the code “GIFTS” until December 15th. This is my first time doing a holiday winter sale on my site and it’s thanks to having White Squirrel take over my store. I haven’t done holiday sales in the past because I usually have a kickstarter running this time of year. But also because Christmas time usually makes me depressed and didn’t want to add more stuff to my plate when that basics are hard enough. So I’m really grateful that White Squirrel is taking the lead on my shop. It and any extra funds this sale generates will help with what is usually a tough time of year for me (both mentally and financially).

This months plans are mostly keep writing You are the Chosen One so I can launch it next year. I posted an art round up for the concept art I did this month. I’ve got about 200 pages scripted. So when I’m done with the chapter I’m working on, I’ll probably start drawing. Then I’m gonna switch focus to the next The City Between book. I’d like to kickstarter that in June, so I need to make some headway. Not a lot mind you because like I said, I always have some serious depression issues around Christmas and probably won’t get a lot done. 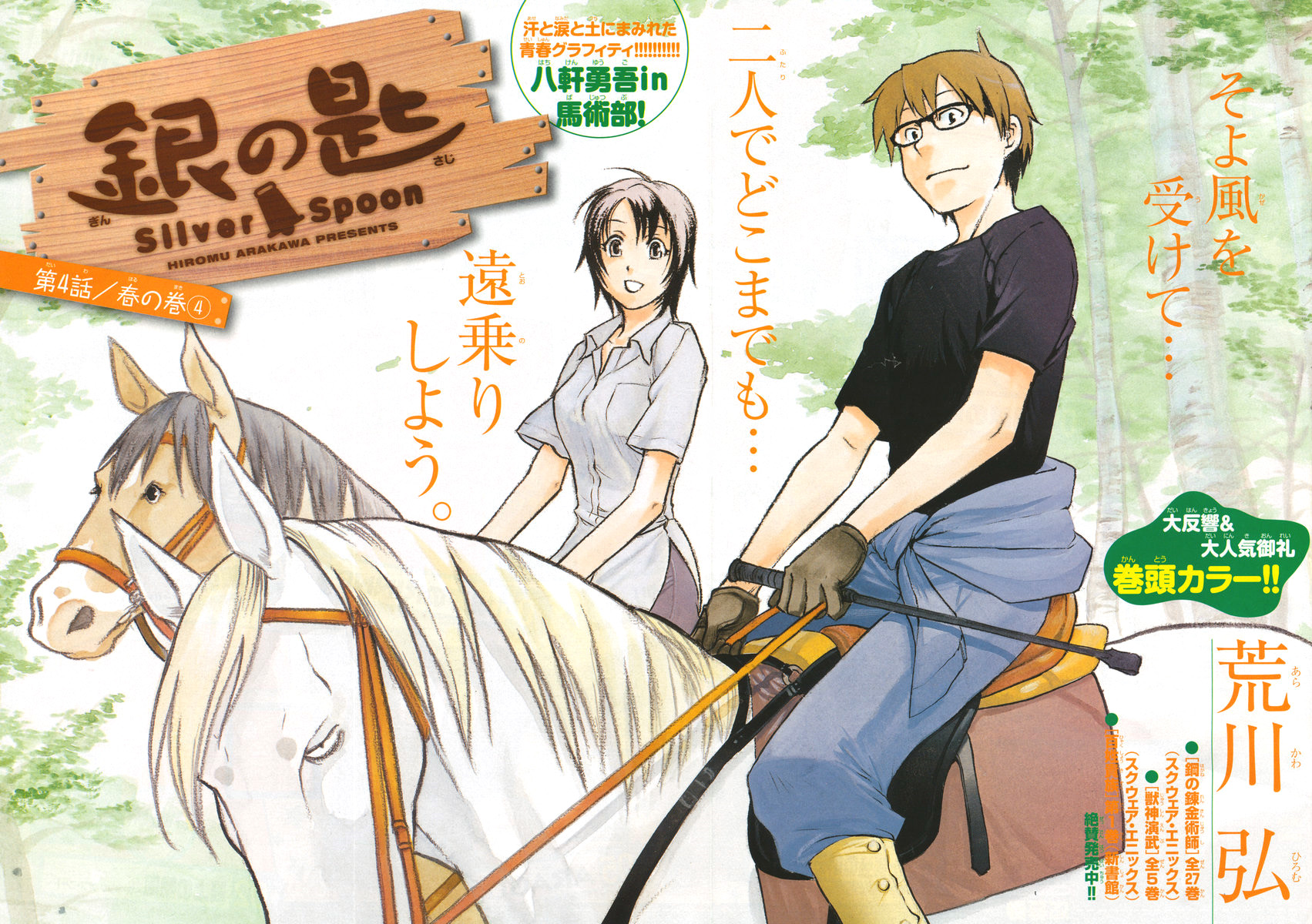 I’m still on my manga kick this past month. (Also, last month I tried to imbed a video into my newletter for Delicious in Dungeon. It worked in all the preveiws mail chimp let me see but not in the newsletter. So here is a link) I finished up Silver Spoon, which I mentioned last month. My favorite character has to be Tamako who is a fat girl that takes zero shit. 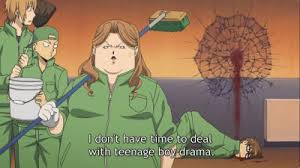 I also read a whole bunch of Love is War by Aka Akasaka. The premise of which is two teens at an elite private school like each other but think the person in a relationship who makes the first move ends up in the weaker position of the couple. Neither wants to surrender the high ground, so they are engaging in a battle of wits where each is trying to trick the other into admitting their feelings. Basically, the first to say “I love you” loses. 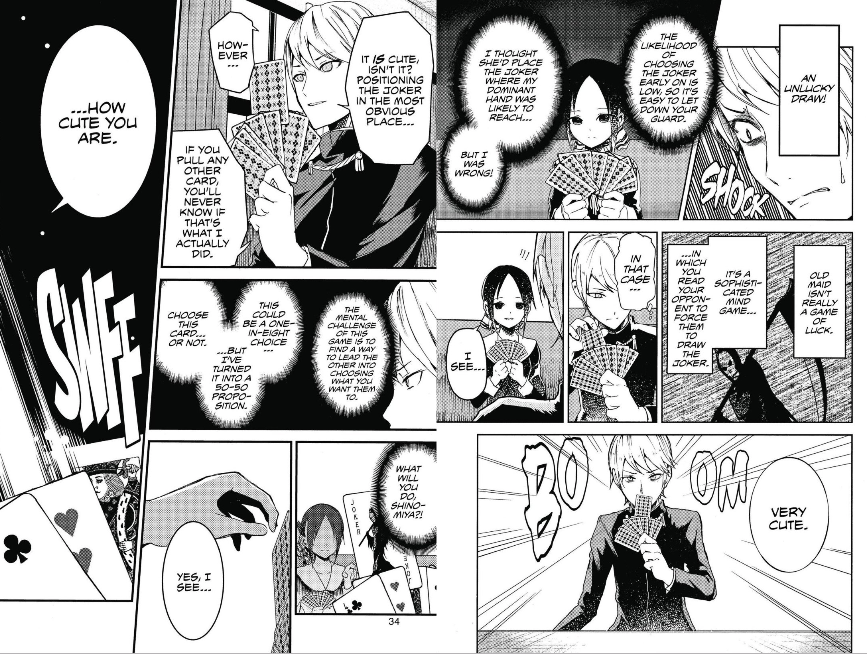 It’s extremely over the top and rather funny. So even them playing old maid is presented as EXTREMELY dramatic. And half the time neither of them ends up succeeding but they over complicated everything.

With catching up on those two series, I’ve mostly caught up on/looked into the manga I’d heard good things about. So my reading for December will probably stick American comics on my “to read” shelf. Some of those have been sitting there for a couple of years.

As for stuff this month that some of you might have missed. I already pointed you to the art round up on Patreon. My patreon also hit it’s first goal, so I’ve been posting the reference photos I took for each page of The Dead Deception. Then my Patreon has a round up for those as well. Cat Farris posed in most of them this month. So big thanks to her.

My Patreon dollars this month are going to internet bill. As I said, December is usually tough for me, so I can’t put it to fixing/replacing something this month. Any new patrons or purchases from my store would really help me out.

Other things folks might have missed this month are:

Thanks for all your support. I hope December treats you all well.

This is crossposted from my newletter.
Hey folks! I’m off to New York Comic Con. It’s my last con of the year and it’s a big one. I’ll be in Artist Alley table H-22. That’s right smack in the middle of everything. It will be me and my buddy Jose Pimienta.
Speaking  of Jose, right after Rose City this month him and I took a small roadtrip. I rented a Uhaul and loaded all my stock into it. We drop up to White Squirrel’s head quarters. So they are officially in charge of my store. My merch should ship faster now, since I’m not sending it out in the middle of doing a bunch of other stuff.
I’m gonna make time to post more art this month, even though I am still focusing on writing. I got a list of stuff I need to design for You are the Chosen One. The first image of the month is up already on my website and on my instagram.
I’ve still been reading a bunch of manga on the Shonen Jump app. I think I caught up on all the titled that jumped out at me. I mentioned Promised Neverland last month and that was definitely the stand out as far as current manga goes. I also liked Demon Slayer for the characters and the art, Bakuman for the look into the making of manga without pulling it’s punches about the brutal work schedule, and HunterxHunter for putting a twist on standard shonen story tropes.

Also, this morning I read NekogaHara: Stray Cat Samurai. It was much darker than I expected a story about cat samurai’s to be. The main cat is an old wondering samurai, who has PTSD and is addicted to catnip. He is looking for his human owner (the way the cats talk about humans in this is interesting because it’s sorta like they are talking about gods). However, he is so out of it from his poor mental health and drugs, it’s unclear if his human was still alive. I don’t know if I like it yet, since it was so far from what I expected but I’m gonna keep reading for a few more volumes. Even if the story ends up not being to my taste, the art is at least very interesting.
My patreon is super close to meeting the first goal. If I get a handful more patreon backers, I will start posting reference photos on my website again. The patreon money for this month is still going to a new printer. That will be where the month goes for at least one more month after this one.
Here‘s what you might have missed from me last month: